How I started a blockchain job board and grew it to a $4,000/month online business [as an indie maker 👨‍💻] 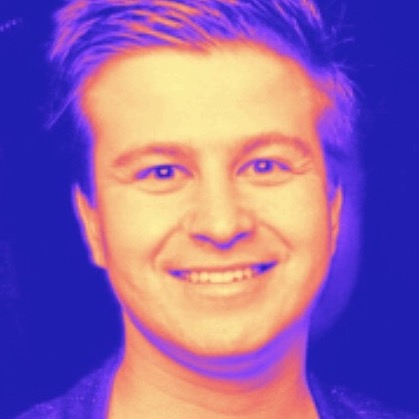 I started writing this article with a goal to reflect and learn what I’ve done right while starting Crypto Jobs List (so I can repeat this success again) …but it suddenly turned into an interesting Ask Me Anything on Twitter. So here I will: (1) share my learning a from starting a blockchain job board, (2) answer audience questions and (3) share a new exciting announcement 😉in the end.

I hope this story will also be useful to you, as you are making your own business and product decisions. I welcome you to join the discussion and comment what can be improved.

I started Crypto Jobs List back in October 2017, when I was looking for a developer job in the crypto industry. Today, it's one of the TOP blockchain job boards, serving over 10,000+ job seekers, featuring opportunities from 215+ blockchain startups and covered by major media. If you are seeing it for the first time, here are a few links to learn more. But if you have already familiar with CJL — let's get to the point:

Why it makes money 💰

How I felt at the time?

... * I know solo-preneurs who start their new "businesses" by spinning up Kubernetes… I also never hear about their project more than once. 😒

AMA: Questions from the audience 🙋‍♀️

📢 How do you promote your job board?

Surprise! I did not do anything to get covered. Journalists just found the site and wrote about it. Results: results vary. Surprise again! You’d think traffic goes through the roof each time? Nope. Mentions by reputable publications are great for SEO, but they don’t always result in immediate traffic.

And now… 🥁 drumroll… a screenshot from recent CNCB mention 👇

I’ll give you a hint — it was on May 16th… No? Still don’t see it? Oh, never mind then… The point is — not all top mentions end up being a source of immediate referral traffic. They are still good for SEO, though.

$3k USD in April. $4k USD for peak 4w period. Getting close to that in May. Might be more, might be less.

⏱ How much time do you invest in it daily?

I started off aiming to spend as little time as possible. Again, I expected this to fail 🤦 I expected my efforts to be wasted. So I spent as little as possible, and that was super efficient. During first 3 months, I was also doing some JavaScript consulting for clients, hence was spending only around 3 hours per day on Crypto Jobs List. Mainly maintaining, promoting, approving jobs, emailing companies. Not much coding.

Around mid-December 2017 I was basically spending all my time on CJL. Periodically, up until March 2018, I had doubts, whether I’m starting to spend too much time on this, and whether I get burned again (thanks to sunk-in cost fallacy). My alternative was, and still is — JavaScript consulting and Solidity work (Ethereum smart contract programming language).

Spending full-time on a project can easily become inefficient. Because of Parkinson’s Law. “Work expands so as to fill the time available for its completion”. Good to be mindful of that. Constantly self-correct: are doing high-value-work or busy-work?

I sleep 8 hours a day. And take weekends off. OMG! 🙊 I said it. Now everyone knows it’s been my secret all along 🙈

🤖 What bots you used?

I’ve experimented with a few social media engagement bots. Just because I have not used bots before, I wanted to try whether they are worth it. Result: I abandoned them. Reason: ROI was too low. Low results, high cost, damage+risk. Won’t even mention names, because couldn’t find anything that was worth it for me.

All social media automation engagement that I’m running now is self-coded. It’s granular, specific to my use-case + audience, I know exactly how it works and have 100% control.

How did you get the first job offer posted?

I started with seeding the database myself. Copy-pasted a few (5–10 or so) jobs from the big boys (Coinbase, Kraken, etc). After a few days, that was in October 2018, the site looked less empty and less lonely. And I started sending it out to friends and asking feedback. Posted on my Facebook, Twitter, etc… Oh! Also, after posting these jobs, I would also email to these companies, showing them the website and asking to post more.

Eventually, to my surprise, companies started posting themselves! 🔥That happened after about 2 weeks. I believe the first few companies that posted in 2017, were Decred, BigchainDB, Bancor, Expa (founded by Garrett Camp, who is Uber co-founder). From then on, I stopped adding jobs myself, and was relying on companies primarily. Since then, some big names posted: Ethereum Foundation, Parity Technologies (they develop Parity client for Ethereum), TenX, Huobi Exchange, OKEx, CryptoKitties (AxiomZen), Wanchain (they were the first company to sponsor a featured listing!), Adel, Tierion, COSS.IO, Block.one (developers of EOS), Exchange Union, Cindicator, Nomisma, MakerDAO, AmaZix and many more.

Fun fact: on day 1 and for about 3–4 months you could only submit a job via Google Forms. Google forms would then trigger Zapier, and Zapier would call an HTTP hook of my backend. That’s how I saved time on building submission form. Because building a good form takes time — got to look pretty, handle exceptions and validate user input. It’s not rocket science, but takes a few days. And I did not want to invest that much time that early.

I don’t do much content marketing. I’m pretty bad at writing, actually. I can do a long-read article around every quarter (like the one about idea invalidation) or like the one you are reading now, but it’s harder for me to produce content consistently. That’s also why I decided to dogfood Crypto Jobs List and hire a Crypto Content Writer. Check out the job post. It’s pretty funny.

I say 🚫 NO to contracts in my existing business model. Why? Deal size is small — $199 per featured job post (price might change though). Because of low price, simple value propositions and low risk for both sides — it does not make sense to introduce legalities. There is not much to protect. You can, if you want. I don’t. I do everything in my power to be transparent, clear, simple and trustworthy to my customers. I publicly share numbers, stats, opinions. If that is not sufficient for a client to make a purchasing decision — I say NO to that customer. It’s simply not economical to deal with contracts at such low prices.

And, as a matter of fact, it’s not easy to say NO to money. And I did that in the past. I had a client who was insisting on a contract for a few featured listings. I repeatedly declined and explained why, using exact same logic as I laid out above. After almost a week of back and forth the client sponsored without the contract. They are happy.

I repel them. On purpose. That might change, but for now, I have not seen the value in them for my job board. Here is why:

However, I’m open minded. Happy to change my views. Please contact me and explain how we all can make it a win-win-win for all 3 sides.

Starting is one thing. But will same approach help me scale Crypto Jobs list? Not 100% sure about that…

I definitely intend to keep low expectations while launching new features, but having low engineering standards and a throwaway code becomes expensive once you scale. Now I’m moving things to React+MobX+Firebase, even though it’s taking more time.

I think about flywheel effect in such cases. It’s harder to get it going at first, but it should be easier to keep it “rotating” and every additional effort accelerates the wheel with decreasing effort. In other words — rewriting everything in React is time-consuming, but then, reusing components is super fast!

Before focusing 100% on scaling Crypto Jobs List, I’d like to test these lessons. I will launch another project, using the same principles:

And here is the new 💡idea:

Blockchain events in your city. A weekly newsletter.

Thank you all for following my story. Thank you for caring! Follow me to see how the new idea will play out and whether the lessons learned are true and transferable.

Thanks to Roman Zolotarev, Hara Kim, Colin Boyd, Aditya Khanduri, ThisKidCalledRJ, Kieran Daniels and many others for asking questions on Twitter.